PAUL'S NOTE: the majority of the information on this page refers to the 'live' Challenge version...I've made a few edits to reflect the self study version.

So What Is A 30 Day Challenge?

Whether you've been following me for a few days or a few years one thing you may not know is that I'm a total geek about topics like deliberate practice and the neuroscience of learning and how to be a better teacher.

Recently I've been learning about the psychology behind "challenges" and how they can help to promote learning.

Here's how they work:

There is plenty of neuroscience to back up that this approach works...but I took it for a test drive myself to see if it did - and that was with a bass related skill and a non-bass related skill.

And I was so impressed with the results that I've set up a "30 Day Challenge" for bass players.

The Specific Bass Skill I Chose To Work On

If you ever go to a jam or a rehearsal or an open mike night, chances are at some stage that someone will call a blues of some kind.

Not just a blues either.  But specifically a midtempo kind of blues with a swing 8th note feel.  There are literally millions of songs that fit this descriptions. Songs like Statesboro Blues, Pride And Joy, Sweet Home Chicago, Further On Up The Road, Hoochie Coochie Man and a gazillion more.

So this was the skill that I chose to teach in this 30 Day Challenge.

But I Wanted The Focus To Be A Little Bit More Specific....

If you're wanting to learn - or improve! - your blues rock playing there are three guys whose work you should be checking out andmodelling (IMO).  Those three guys are:

Now it's obvious from the title of the challenge and the page that the bass player I chose to focus in on and model is Tommy Shannon.

It's important to note though that we're not going to be working on "playing like Tommy Shannon" in this 30 Day Challenge, but instead we're going to be modelling the kinds of lines and patterns and ideas that Tommy used in his playing with Stevie Ray.

And very specifically we're going to be talking about shuffled 8th note songs in the mid tempo range (that's probably 100 BPM to 130 BPM).

You can take the ideas that we're going to look at and apply them to straight 8th note feels, or 12:8 note feels, or even 16th note feels.  But this challenge is going to be tightly focused on equipping you with the tools to confidently and comfortably approach this specific type of blues.

How Does The 30 Day Challenge Work?

...this version of the Challenge is a self study version.  So it starts the minute you enroll!  All 5 days of pre-training are waiting in the Challenge for you and Week 1 (which comprises Day 1 to 6) will go live automagically in 24 hours.

Every week a new series of lessons will go live in The Challenge...

The 30 Day Challenge is split into five learning weeks of six days, with one lesson per day.  Each week the lessons for that week will be unlocked.  Week 1 goes live 24 hours after you enroll, Week 2 6 days after that...and Weeks 3, 4 and 5 follow at 7 day intervals after that! 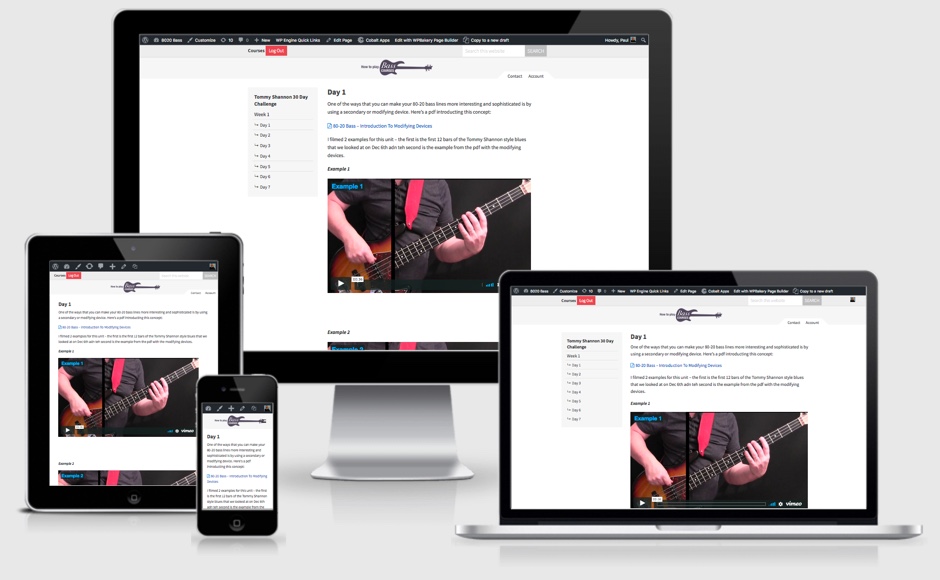 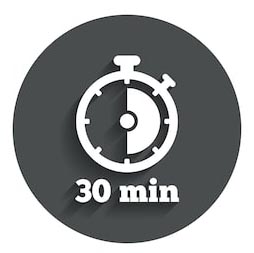 Putting The Daily Lessons Into Practice... 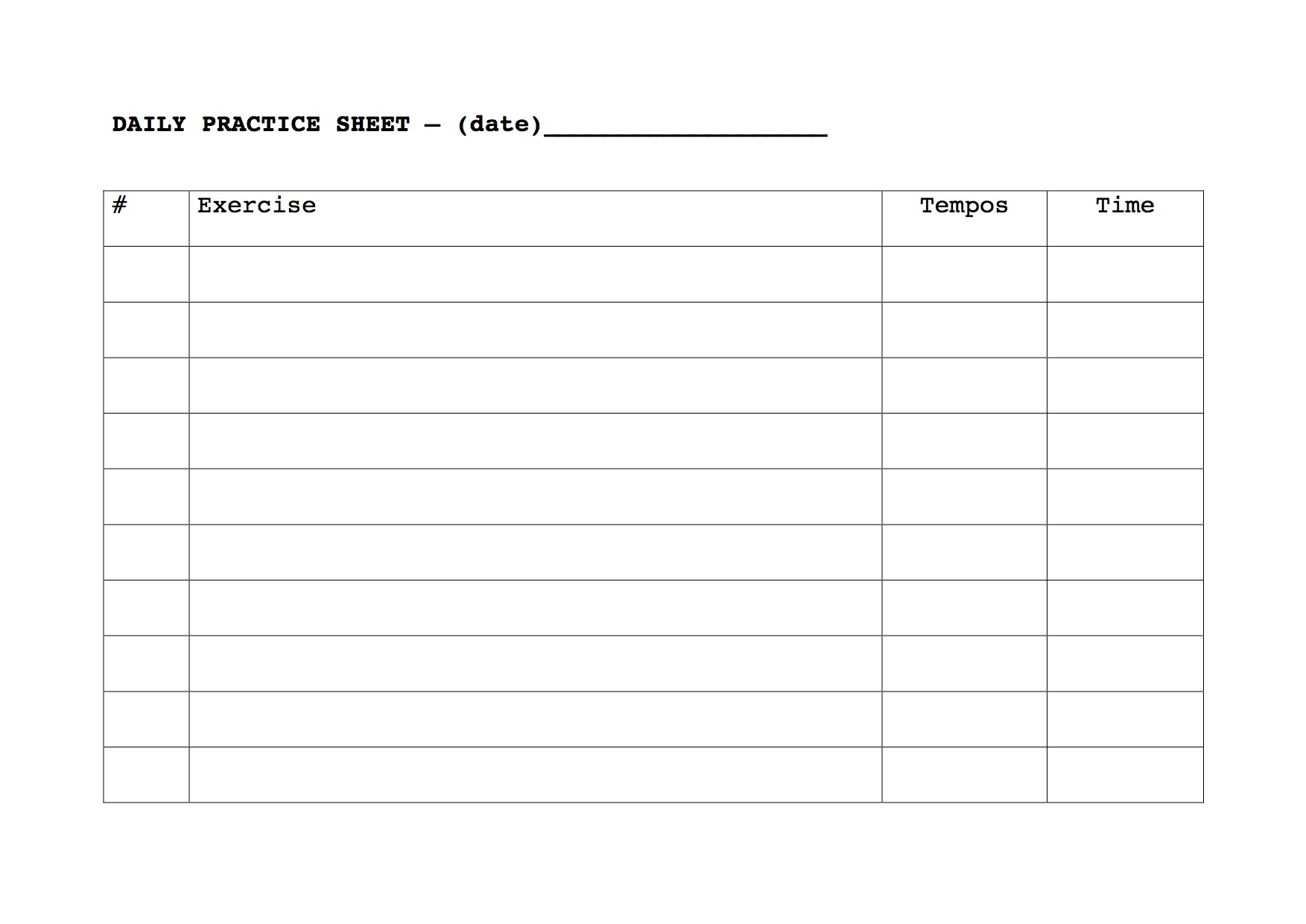 So How Much Is The Investment In The 30 Day Challenge?

I wanted to make this challenge totally affordable - for the 30 Day Challenge itself  I decided to make the investment required...

On It's Own That Represents A Great Investment...

But If You Enroll Today...Here's What You're Going To Get

If you're ready to commit to the Tommy Shannon 30 Day Challenge now then click the 'Join Now' button below and do your Paypal Thang...

Need More Information Before You Make Your Decision? 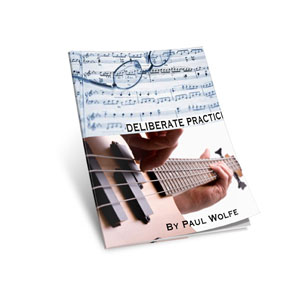 In 2010 I wrote a 300 plus page book about applying Deliberate Practice for bass which used to sell for $77.  Now I no longer sell this book because my understanding of deliberate practice has outgrown what I originally wrote about - but the information isn't outdated in any way and is still 100% relevant.  One day I'll write Version 2.0 which will layer in the understandings I've gained in the last 8 or 9 years that go beyond this...but this is still a great place to start learning about what should be a foundational level topic but that: (a) no-one really teaches and (b) no-one who does mention it seems to properly understand

This is a collection of columns that I wrote several years ago and compiled into a PDF eBook.  Analyzing bass lines will allow you to discover your own patterns and ideas - this eBook will teach you the process of going through this and being able to do it. 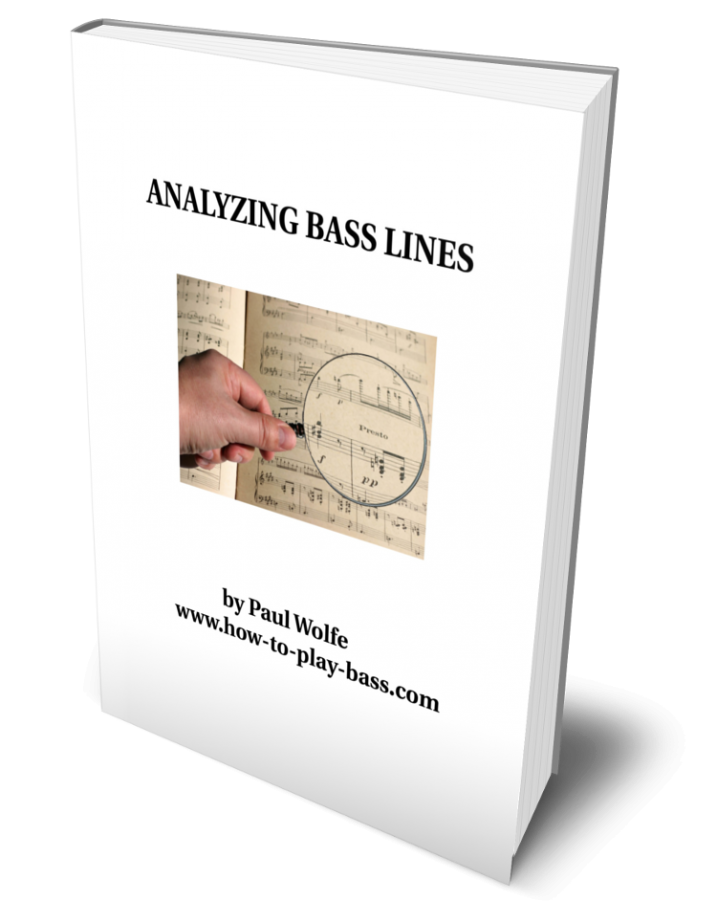 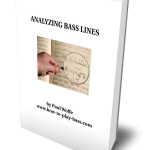 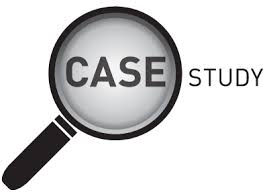 Band In A Box is a great practice software that I constantly praise.  But you can do plenty of other practice things too...one of which is to create your own 'style.' If you create your own Tommy Shannon style then you can create sight reading etudes/Shannon style lines at the touch of a few buttons .  This Case Study will walk through the process of how to do this. (This bonus goes live at the end of the challenge).

Please note: this bonus is a work in progress

If you're interested in this 30 Day Challenge then you're probably a big Tommy Shannon fan.  Built into the 'Bonus and Pre-Training' section of the Tommy Shannon 30 Day Challenge are 8 Tommy Shannon tutorials: Pride And Joy, Superstition, Empty Arms, Little Wing, Say What, Cold Shot, Let Me Love You, Dirty Pool.  These tutorials have interactive soundslices so you can actually hit 'play' and see what the notation sounds like!  You can also add fretboards, loop, slow down, add metronomes and other cool stuff. 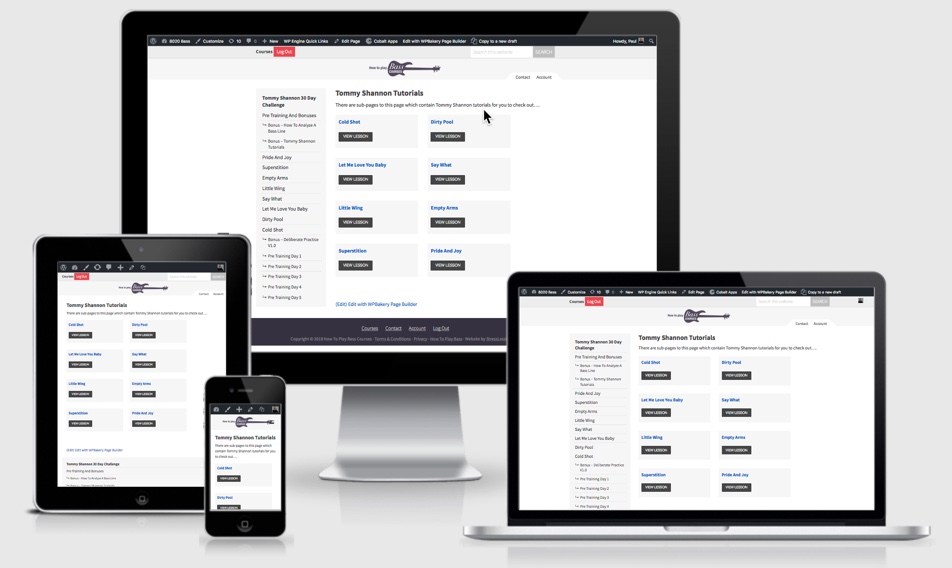 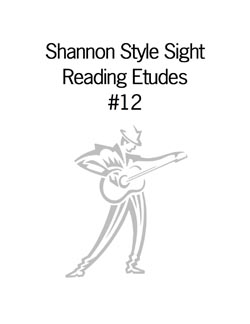 There are three areas of technique covered in this bonus: fretting hand, plucking hand (2 finger rest stroke) and finding the notes on the fingerboard.  Each of these areas is covered in detail in a series of sequential lessons that if followed for a few minutes a day will drastically improve your technique in a matter of months.

To prove that the style created in BIAB works I've also compiled 20 Sight Reading Etudes in Tommy's style to the chord changes of various blues tracks in various keys.  You can use these as sight reading etudes, as jumping off points for creating your own lines and much more. (This bonus goes live at the end of the Challenge).

PLEASE NOTE: this bonus is a work in progress... 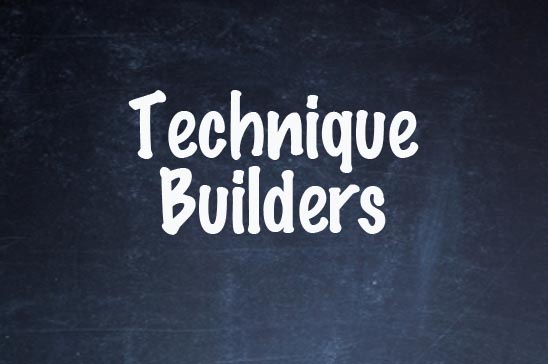 The secret sauce in the 30 Day Challenge is a process called 'deliberate composition."  To demonstrate I've taken a composition from one of your fellow students.

Firstly this composition comes from the James Jamerson 30 Day Challenge.

Secondly here’s how the student - a bass player called Leela from the US -  self identifies as a bassist : "I’m a roots and fifths, quarter note, two beat kind of bass player…folk and country styles."

On the next page is the first 16 bars of a composition that she created for Day 21 in the Jamerson Challenge. As you’ll see this is quite an advanced bass line which if memory serves she composed on the piano rather than the bass. But how it was composed is very much a secondary consideration compared to the fact that it WAS composed. Here’s the first 16 bars of that composition:

Now go back and read again how Leela self identifies as a bass player, then look over the composition again and watch and listen to the video of me playing it.

That should serve as a really powerful illustration of what you can do with deliberate composition - and providing you follow the instructions set out in the Challenge literally ANYONE can do this!

Here's how each lesson is presented:

Don't Take My Word For How Well This Works...

I mentioned that this is the second 30 Day Challenge I've run. I posted in the private facebook group for the first challenge a couple of questions: #1 How are you finding the Challenge Format?#2 Would you recomend this (or other) 30 Day Challenge to other bass players? I screenshotted some answers for you to check out: 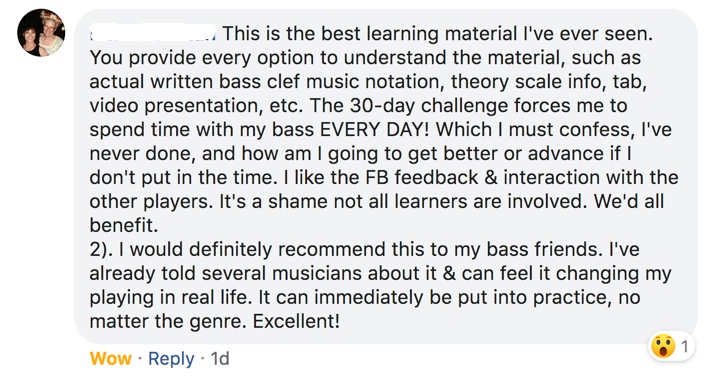 One Final Thing To Note

Although Tommy Shannon is the bass player that we're going to 'model' in the 30 Day Challenge..... the Challenge is (counter-intuitively)  NOT about trying to sound like Tommy Shannon.

Tommy is quite rightly a well respected bass player - but if you analyze his bass playing (like I have) you'll find that his bass lines are built on a reasonably small number of ideas and devices.  What elevates this relatively simple conceptual approach is his use of rhythmic variations, modifying devices and how he connects everything together.

So you'll learn the bulk of this - but it's intended to be a foundation stone for you.  To show you how to build on that foundation there are lessons towards the end of the Challenge where I'll take ideas and devices from other bass players and layer them into the foundations we've already set.

To give you an idea how this might sound, below is a video of me playing the first couple of minutes of a blues in D7 with a soundalike backing track (no bass) similar to 'Statesboro Blues.' This playalong is done using material that you're shortly going to be working through to create your own bass lines:

Day 10  100% Money Back Guarantee:  I know that you'll find the unique tutorial combination of video, notation/tab and backing tracks in the  Tommy Shannon 30 Day Collection will help you l .  I want you to be just as confident with your purchase though, so there's a guarantee period.  If for whatever reason you're not satisfied by Day 10 of the challenge all you have to do is drop me an email and let me know.  I'll refund your purchase ASAP with no hassles and no hoops to jump through, and we can part as friends.

When you go to a gig, a jam or a rehearsal  no-one will care whether you can play  diminished scale licks or machine gun triplets or non-muddy chords. Instead they'll ONLY care  about you filling your role as a bass player.  If part of that role will require you to play blues-rock shuffle style lines....taking this 30 Day Challenge will take you a long way (if not all the way) down the road of nailing that requirement. 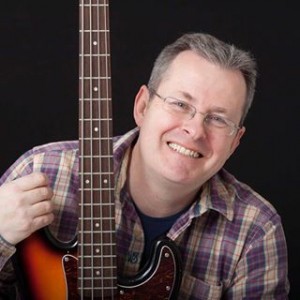 P.S. In case you're one of those people like me who likes to skip to the end...here's the deal:

When you join the Tommy Shannon 30 Day Challenge (for just $97) you're going to get access to a unique 30 Day Challenge that will enable you to confidently play blues rock shuffle style bass lines!  Plus there's several hundred dollars of bonuses....so you've got value for money BEFORE you even go to the first pre-training day!